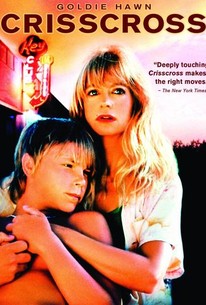 Goldie Hawn makes a change of pace in this downbeat drama about a mother' sacrifice for her family, and her son's attempts to save her from herself. When John Cross (Keith Carradine) returns home to Key West, Florida in 1969 after a tour of duty as a fighter pilot in Viet Nam, he's an emotionally shattered man; he begins drinking heavily and, in an desperate effort to find himself, abandons his wife Tracy (Goldie Hawn) and their 12-year-old son Chris (David Arnott) to live in a monastery, where he takes a vow of silence. Left with no means of support for herself or her son, Tracy takes a job as a bartender at a sleazy strip joint, but when she finds out how much more money the dancers are making, she reluctantly moves on to a career as a go-go girl. When Chris finds out about his mother's new job, he wants to rescue her from a shameful and humiliating (if profitable) career and stars taking odd jobs, including running fresh catch from a local fisherman to the restaurant in a resort hotel. However, Chris soon discovers that's he's actually being making cocaine drops, with the drugs hidden inside the fish; Chris makes the dangerous decision to steal the drugs and sell them himself. The supporting cast features Arliss Howard and Steve Buscemi.

Ronald Cellilo
as Eggs Over Easy

Rebel
as Himself
View All

Sommer's adaptation of his own novella slows to a crawl as it unwinds its slender thread of plot. Despite a touching performance by Hawn -- and an impressive acting bow by David Arnott as her son, not much happens after [the] involving exposition.

Goldie tries something different and misses. Average drama with good intentions but nothing special. If you want to see Goldie in a change of pace watch Deceived instead it's much better.