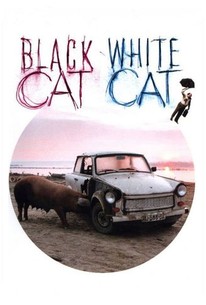 Critics Consensus: Rambling and eccentric, Emir Kusturica's comedy captures the life and energy of the Gypsy family at the heart of the tale.

Critics Consensus: Rambling and eccentric, Emir Kusturica's comedy captures the life and energy of the Gypsy family at the heart of the tale.

Critic Consensus: Rambling and eccentric, Emir Kusturica's comedy captures the life and energy of the Gypsy family at the heart of the tale.

Bosnian-born filmmaker Emir Kusturica made this farce, set in a Gypsy settlement along the banks of the Danube, where three generations of characters burst forth in manic and frenetic displays of charm, confusion, and chaos. Garbage dump godfather Grga Pitic (Sabri Sulejman) and cement czar Zarije Destanov (Zabit Memedov), both in their 80s, remain friends even though they haven't seen each other in 25 years. Zarije's son Matko Destanov (Bajram Severdzan) goes to Grga for a loan. Matko is double-crossed by his partner, gypsy gangster Dadan Karambolo (Srdan Todorovic), who demands that Matko's son, Zare Destanov (Florijan Ajdini), marry Dadan's small sister, Afrodita (Salija Ibraimova). Unfortunately, Afrodita and Zare have absolutely no interest in each other. Cute barmaid Ida (Branka Katic) and Zare fall in love and only have eyes for each other as plans get underway for the wedding of Zare and Afrodite. The sudden death of Zarije seems to offer a solution, since no gypsy would have a wedding and a funeral on the same day. However, Dadan delays the death announcement by hiding Zarije, packed in ice, in the attic. The wedding celebration gets underway amid numerous madcap mishaps and misadventures. With a soundtrack of gypsy music and songs, the funny film features numerous non-professionals in the cast. Shown in competition at the 1998 Venice Film Festival and at the 1998 New York Film Festival. ~ Bhob Stewart, Rovi

Predrag Lakovic
as Priest No. 1

Miki Manojlovic
as Priest No. 2

Irfan Jagli
as Bodyguard
View All

As with some of Fellini's late works, the energy and inventiveness, not to mention the juicy vulgarity, are so consistent in Black Cat, White Cat that you feel you can slice into the material at almost any point.

It's anything but subtle but the magnetism of the cast and sheer exuberance of the storytelling make this fairly irresistible.

A colorful, frenetic mixture of slapstick and folklore that stands a good chance of delighting arthouse audiences the world over.

This is storytelling on the hoof, rambling, self-indulgent, but with enough warmth and humour to overcome its own excesses.

The film's most memorable images all seem to be either irrelevant diversions (like the pig eating a car) or reruns of previous greatest hits.

With all of the horrible things happening in the corner of the world once known as Yugoslavia, it's a pleasant change-of-pace to discover a comedy that transpires there.

It's like a novel written entirely in italics, every single sentence of which ends with an exclamation mark. As there are people of whom it's said that they don't know their own strength, Kusturica is a film-maker who doesn't know his own brilliance.

There's a surprising warmth and even a little optimism behind Kusturica's gallows humor.

It's ridiculous and self-indulgent, but Kusturica is so skilful, conjuring up one sweeping, sumptuous set-piece after another, that you can't help but go along for the ride.

Based on true events, this deeply involving film is not only a terrific story but it's also very timely in the issues it examines.

It is as though Four Weddings And A Funeral had been reimagined by Fellini with a cast of crazy Balkan rogues and a background chorus of farmyard animals.

It's a highly enjoyable, fast-paced comedy about warring gypsy families who are after both money and true love (isn't that what all comedies are about?).

A coke-snorting small-town gangster offers to let a scheming loser out of a debt if his son marries the mobster's daughter. Heavy on plot and with lots of quirky characters, this plays like a script Leonard Elmore might have written if he's been born a Bosnian gypsy.

Pretty scenes of the lives of gypsies on the banks of the Danube. More quirky Yugoslavian culture from Kusturica.

...is, I swear, a line of alien dialogue in Jabba's Palace early on in Return of the Jedi. It's when Luke first enters the palace robed in black and oozing confidence, possibly in an exchange with Jabba. Anybody remember this? Somebody must validate me! EDIT: Actually, you know what? I might be when Threepio was translating their story to the ewoks while enthroned as their golden god. Right before he mimicks the explosion sound and got all the "ooh's" from the silly ewoks. No? Also, I'm in Toronto for work. The city always reminds me of that line of alienese. It's fun. Hope you goobs are doing well!