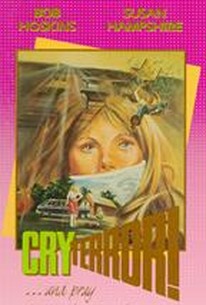 Not long after making his film debut in 1973's National Health, Bob Hoskins popped up in the British made-for-TV quickie Cry Terror. Top billing went to the more firmly-established Susan Hampshire, playing one of two young women held hostage by criminal Hoskins and his cohort. Within its budgetary limits, the film manages to build up a satisfactory amount of suspense. Cry Terror was an American-British co-production, designed for small-screen release in both countries. The film made its US premiere on very late-night television. ~ Hal Erickson, Rovi

An ill-conceived attempt at making a realistic thriller about a mad bomber extorting money in a terrorist plot via the 1950s.

There are no featured reviews for Cry Terror at this time.