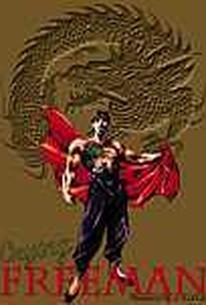 With the blessing of the 108 Dragons, Yo and Emu marry and receive new names, Ron Tayan and Fu Ching Ran. The elders send them to Macau to find out who's behind a new attack. Fu is kidnaped; at the same time, Baya San (the huge granddaughter of the 108 Dragons' aged leaders) demands to be the next head of the gang, not Ron. The childish Baya San has joined forces with the Macau gang, in league with the American mob. A surprise visitor from the US arrives where Fu is being held captive. Can Ron rescue her, find the traitor within the 108 Dragons, defeat his enemies, and bring discipline to Baya San? He must still face the angry and deadly girlfriend of the American visitor.

Critic Reviews for Crying Freeman 2: Fûsei kakurei (Shades of Death) (The Enemy Within)

There are no critic reviews yet for Crying Freeman 2: Fûsei kakurei (Shades of Death) (The Enemy Within). Keep checking Rotten Tomatoes for updates!

There are no featured reviews for Crying Freeman 2: Fûsei kakurei (Shades of Death) (The Enemy Within) at this time.