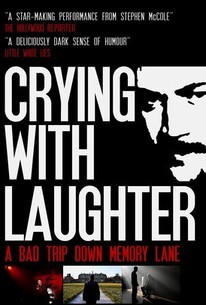 A comedian's life suddenly takes some very unfunny turns in this independent comedy-drama. Joey Fisk (Stephen McCole) is a Scottish stand-up comic whose career is on the rise as he wins a growing audience for his sharp, cynical humor. While Joey's professional life is going well, his personal life is a mess; he drinks too much, snorts too much cocaine, bickers with his wife and child, and seems prepared to go off the rails at almost any moment. While trying to relax in a sauna, Joey meets Frank (Malcolm Shields), who he knew years ago when they attended borstal (a British reform school) together. A few days later, Joey makes a joke on stage about the unexpected and awkward reunion, only to discover Frank and his girlfriend are in the audience. As Joey tries to apologize to an offended Frank, the two set off on an all night bender that neither can remember, even after Joey's landlord files assault charges against them. When Joey is kicked out of his house and has no where to go, Frank offers to let him stay at his place, but Joey finds his old buddy has some interesting plans -- he's kidnapped the former headmaster of the borstal they attended and wants Joey to join him for a long round of torture and revenge. Crying With Laughter was the first feature film from writer and director Justin Molotnikov. ~ Mark Deming, Rovi

Critic Reviews for Crying with Laughter

Whilst the film does contain some clichéd elements, there's a freshness and bite here that holds the attention and makes for an extremely worthwhile experience

There are no featured reviews for Crying with Laughter at this time.