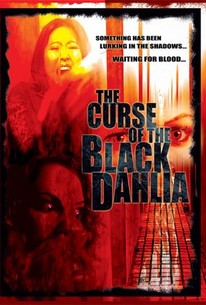 A successful marketing executive working in a building erected on the very same lot where the mutilated body of a fallen actress was found back in 1947 is haunted by terrifying nightmares and vivid hallucinations in a dark thriller that brings Hollywood's darkest mystery screaming into the 21st Century. What was once an empty lot where a horrific discovery was made is now the sight of American Regent - a newly christened marketing firm that is fast becoming one of the most successful in the business. Jennifer is American Regent's star employee, but when the ambitious executive's assistant goes inexplicably missing and her boss begins to experience a series of frightening visions, it begins to appear as if the mystery of the Black Dahlia has returned to terrorize a new generation. As Jennifer and her fellow employees work though the night in a desperate bid to meet an impossible deadline, the bodies soon begin to pile up and the horrified marketing specialist finds herself coming face to face with a murderous co-worker. But even this maniacal killer may be nothing more than an unsuspecting victim of a sinister supernatural force, and as Jennifer fights for her life tooth and nail she struggles to fend off a powerful darkness that seems to possess power over time itself.

Daren A. Herbert
as Mondo

Harvey Shane
as Bartholomew
View All

Critic Reviews for The Curse of the Black Dahlia

There are no critic reviews yet for The Curse of the Black Dahlia. Keep checking Rotten Tomatoes for updates!

Audience Reviews for The Curse of the Black Dahlia

There are no featured audience reviews yet. Click the link below to see what others say about The Curse of the Black Dahlia!

The Curse of the Black Dahlia Quotes