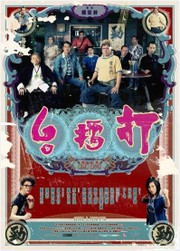 Super Reviewer
Jesse O
August 8, 2015
From the opening credits, it is obvious that this is a tribute to old-school kung fu films, of which I haven't seen nearly as many as I would probably want to, but you can obviously see that this film wears its influences on its sleeves. And I wouldn't even say that this provides that much of a memorable kung fu film, but I did have fun watching this. The action itself is nothing that would blow your mind, particularly considering some of the films I've seen recently. And that's not even taking into consideration the amazing Raid and Raid 2. If I compared this to that, it'd be like Mike Tyson, in his prime, fighting a 15-year old. It'd just be a heartless, graphic and cruel massacre. But, taken as its own movie, and not unfairly comparing it to superior and complex choreography, the action here is pretty good all things considered. Again seeing that it's meant as a tribute to older films, then the action being simpler is definitely consistent with that mindset. But, thankfully, I think the film makes up for the action not being out of this world by being energetic and just a fun film to watch. Particularly once the master gets out of the coma he has been in for 30 years. The master is pretty entertaining and goofy and his appearance leads to some of the film's funnier moments. The film does get a bit serious once the master dies, after he finally recovers his memory, and I don't think the film was as effective dramatically as it was in a more comedic manner. Though I do like how Tiger and Dragon, the only pupils who stuck by and took of care of their master for 30 years, have pretty much dedicated their entire adult lives to looking after this man that they clearly have a lot of love for. I do think that aspect of the film works very well, in telling a dramatic story, because they pretty much gave up everything. Having a wife, kids, etc. all to take care of the man who gave them a chance. But, other than that, once the master is out of the equation, the film does lose some of the spirit and life that it had. The movie is still fun, but it loses something. With that said, this isn't something that I would call particularly memorable, but I did enjoy the film. It offers an easy to digest kung fu experience.

Steve W
½ March 31, 2015
In this throwback to the martial arts films of the Shaw Bros. era, two aging masters deal with their master re-awakening from a coma, and dealing with two new pupils. Filled with great fight scenes, the movie starts off really intriguing but quickly loses steams halfway throughout. The female character is delegated to the back and doesn't do much in the film, and after our heroes are disqualified from a martial arts tournament the plot quickly goes nowhere. Even though the choreography is top notch, the movie almost bunks it up in the third act. Overall, its a solid movie and love letter to kung fu flicks.

Darren H
July 28, 2013
The film certainly looks the part of an Old school Kung fu flick. But the pacing plods, the quantity of fight scenes is simply not enough and almost zero athleticism on display which is 99% of what martial arts films are. I wanted to like but too much fake fu.

Thomas F
½ November 2, 2012
How the hell people rated this movie. The worst kung fu movie I have ever watched.

Adriano B
June 10, 2012
Sometimes tha pacing lacks momentum, but overall this candid homage to gognfu flicks, with some ideas stolent both from B and A movies and an aging trio of old glories, is lovely and entertaining. Never lose your faith in martial arts!

Alan L
September 21, 2011
Surprisingly,Gallants had won the "Best Movie" during the film festival.I think it was just average but fun to watch,may be critics love it.The fights are good though I don't really like the sounds effects.Glad to see those old school cast still looks magnificent.Try this,if you have seen some old school martial arts movies before.:)

Jacky L
July 17, 2011
a little "uneven", and didn't quite deliver the raucous fun i had expected it to. bet the guys making the movie had much more fun though.
teddy robin was hilarious, stole every scene he was in. the movie got a lil dull after he died.

Mark C
½ July 9, 2011
Because of its awards. my high expectations for this movie were squashed by a very by-the-numbers, rather shallow movie. It's decent action movie, sure, just don't tell me it has won awards for anything related to "best movie".

My favorite moment in the movie has nothing to do with the movie - it's when the credits were rolling and hearing MC Jin's song.

Daniel W
½ June 18, 2011
An apparent homage to old school Shaw Bro kung-fu films. Financed by the indie company, this would prove to be a creative and fresh title of the industry now. The narration and opening titles are a style for the genre and I refuse to accept it as saying it as "B-movie". Its cheap out-look is intentional, and it is sad for audiences who condemn the movie for this.(this genre is the "A-movie" in Hong Kong back in the day) Let us remember not only big budget action and wiring work means good action. Fight choreography in this film "Gallants" makes this all worth-while.

It was not meant to just be a comedy. The film does not serve to make you laugh, but it touches heart just like many kung fu films did: the dedication of martial artist training, a cheering support for a tradition soon dying, and a celebration to the "wu-xia" fantasy where martial artists fight for the innocent and the defenseless.

Phil N
May 24, 2011
Directors Clement Cheng and Derek Kwok combine forces to bring us this retro slice of old school kung fu. A staple set up (two local gangs fighting over a tea shop) is given a refreshing twist by making the majority of the sparring partners senior citizens â" as portrayed by a roster of Shaw Brothers legends. The fond nostalgia for the period is clear to see, but Gallants never feels dated, instead itâ(TM)s a breath of fresh air to the current martial arts genre that celebrates the past whilst delivering a hip, funny adventure that introduces new fans to the old masters.

thomas f
½ May 15, 2011
How the hell people rated this movie. The worst kung fu movie I have ever watched.

Eunice C
May 14, 2011
Unlike Wong Fei Hung and Ip Ma, this Kung Fu film is not just about the essence of martial art such as loyalty and justice, but also respect for tradition and the costs for survival in todayâ(TM)s society using less commercial and low-tech skills. Watching Teddy Robins and Wong Yau Nam is of great fun.