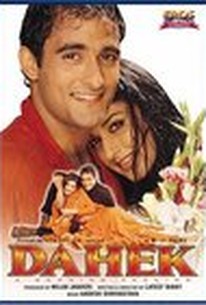 Jabbar Bahkshi is the eldest son in the Bahkshi household in modern-day Bombay, India, and rules the entire family with an iron, Islamic hand. He finds out this sister, Sabina, is having an affair with Iqbal, and is angered because Sabina is not permitted to have an affair. Sabina and Iqbal elope and get married, and decide to stay away from the Bahkshi family. Jabbar hunts them down and kills Iqbal with a sword. Shocked at this brutality at the hands of her brother, Sabina stabs herself with the same sword and dies instantly. Jabbar is arrested by the Bombay Police, and is sentenced to 12 years in prison. His mother is devastated at Sabina's death and decides never to forgive him. After 12 years, Jabbar returns home and finds that Islamic values and rules are not being observed, and quickly re-asserts his authority, while his mother refuses to have to do anything with him. Jabbar meets his niece, Neelima, and is shocked to find her the very image of Sabina. He finds out that Neelima is having an affair with a young man, but Neelima, out of fear, denies this. She is indeed having an affair with young Sameer Roshan, and both are in love with each other. When they find out what happened to her aunt, they decide to run away from Bombay and Jabbar. When Jabbar comes to know this he is angered, and his anger turns to blind rage when he finds out that Sameer is an Hindu, and he swears to kill them both. The news gets out of a Hindu boy and a Muslim girl eloping, and spreads like wildfire, arousing old flames, and creating a growing rift between the Hindus and the Muslims. Extreme elements on both the Hindu and the Muslim sides decide to get involved, and Jabbar decides that he will hunt them and kill them, and if necessary let history repeat itself

There are no critic reviews yet for Dahek: A Burning Passion. Keep checking Rotten Tomatoes for updates!

There are no featured reviews for Dahek: A Burning Passion at this time.