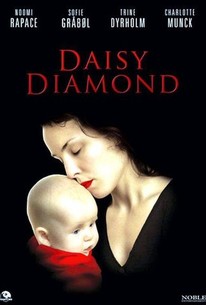 An aspiring actress finds her hopes of big-screen stardom unexpectedly complicated when she is forced to contend with an unplanned pregnancy. All Anna ever wanted was to become an actress. A pretty girl from a wealthy family, Anna one day decides to pack her bags and head to Copenhagen without telling her mother and father. Once in the city, however, Anna discovers just what a cruel mistress fate can be upon discovering that she will soon become a mother. Later, after giving birth to a baby girl, Anna does her best to provide for her daughter while still pursuing her dreams of becoming a famous actress. Unfortunately for mother and daughter alike, this path ultimately proves to have tragic consequences. ~ Jason Buchanan, Rovi

There are no critic reviews yet for Daisy Diamond. Keep checking Rotten Tomatoes for updates!

There are no featured audience reviews yet. Click the link below to see what others say about Daisy Diamond!