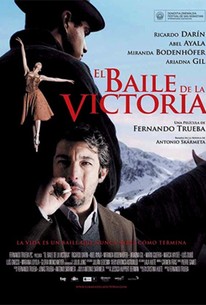 Two men unlucky in both love and larceny try to change their fates under unfortunate circumstances in this drama adapted from a novel by Antonio Skarmeta. Following the end of Pinochet's rule in Chile, a large number of prisoners are given amnesty, and after five years behind bars, master safecracker Nico (Ricardo Darin) is allowed to go free. Nico wants little more than to see his family and live a quiet life, and he has no interest in returning to a life of crime. But Nico learns that his wife Teresa (Ariadna Gil) has started a new life and has no interest in seeing him again, leaving him uncertain about his future. Angel (Abel Ayala) is a younger ex-con who served alongside Nico and has plans to steal a cache of loot that was hidden before he was arrested for petty theft; he tries to recruit Nico to help him with the heist, and with no clear future Nico reluctantly agrees. As Nico and Angel map out plans for the robbery, Angel finds himself falling in love with Victoria (Miranda Bodenhofer), a beautiful but troubled former balled dancer who has been left mute by the horrors she saw under Pinochet's dictatorship. Unknown to Angel, his days may be numbered -- he knows some ugly secrets about Santoro (Julio Jung), the prison's warden who has sent a man out to silence him forever. El Baile de la Victoria (aka The Dancer and the Thief) was the first dramatic feature in nine years from director Fernando Trueba, after devoting close to a decade to documentaries about music.

There are no critic reviews yet for Dancer and the Thief (El baile de la victoria). Keep checking Rotten Tomatoes for updates!

There are no featured reviews for Dancer and the Thief (El baile de la victoria) at this time.