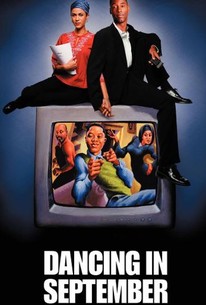 Reggie Rock Bythewood makes his directorial debut with this sharp comedy-drama about love, compromise, and TV. The film opens with the parallel childhoods of Tomasina "Tommy" Crawford (Nicole Ari Parker) and George Washington (Isaiah Washington). Both were utterly shaped by television -- watching Roots was one of the few times that Tommy's parents stopped fighting long enough to sit on the couch together, while George was traumatized by being banned from TV for a month after swiping some church donation cash. As adults, George is a programming executive at the WPX network where fledgling writer Tommy tries to pitch shows. On the strength of both her passion for her craft and her striking good looks, George decides to champion her show called "Just Us," a serio-comedy about a juvenile offender adopted by a judge. They shoot the pilot, the network greenlights the project, and eventually they fall in love. Even though Tommy longs to present her characters in an uncompromised, unvarnished manner, pressure from network execs and advertisers forces her to water down the plot.

LeVar Burton
as Himself

Critic Reviews for Dancing in September

Audience Reviews for Dancing in September

There are no featured audience reviews yet. Click the link below to see what others say about Dancing in September!