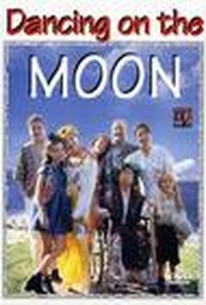 This Canadian-Czech co-production is a coming-of-age drama shot in the Montreal area. The central figure is 13-year-old Maddie Morrison, who has to deal with the taunts of her older brother while responding to her mother's requests that she care for both her younger brother and her elderly grandmother. As the summer progresses, Maddie leaves childhood behind during a succession of events -- a dance, a wedding, a dance, a near-drowning, and a classmate's funeral. Maddie isn't happy that her older sister is off to college, but then she realizes her departure provides her with a room of her own. That changes when her somewhat unconventional Aunt Ruth (Dorothee Berryman) arrives on the scene unexpectedly, and the two share life experiences. Shown at the 1997 Mill Valley Film Festival. ~ Bhob Stewart, Rovi

There are no critic reviews yet for Dancing on the Moon (Viens danser... sur la lune). Keep checking Rotten Tomatoes for updates!

There are no featured reviews for Dancing on the Moon (Viens danser... sur la lune) at this time.