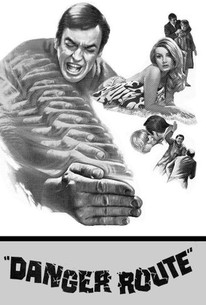 British agents drop like skeets in this convoluted espionage film. Jonas Wilde (Richard Johnson) is a successful British secret agent who wants to hang up his license to kill and retire. His superior, Canning (Harry Andrews), agrees to accept his resignation if he agrees to one last case -- killing a Czechoslovakian defector currently being held by the Americans. Wilde goes along with Canning's plan and, with the help of his housekeeper Rhoda (Diana Dors), completes the mission. But then Jonas is captured by CIA agent Lucinda (Sam Wanamaker), who reveals that an unknown agent in the British secret service is the force behind getting fellow British agents killed. When Jonas and Canning's wife, Barbara (Sylvia Syms), travel to Canning's headquarters, he is told that a British agent has been murdered. Jonas proceeds to take the dead agent's niece Mari (Barbara Bouchet) onto a boat for questioning and discovers false names, deceptions and increasing amounts of dead bodies. ~ Paul Brenner, Rovi

Leslie Sands
as Man in Cinema

Timothy Bateson
as Halliwell
View All

There are no featured audience reviews yet. Click the link below to see what others say about Danger Route!