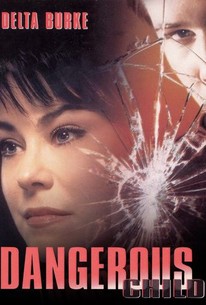 Delta Burke takes on a dramatic role for the Lifetime original movie Dangerous Child, based on a story by Karen Stillman. Sally Cambridge (Burke) is a single mother with two sons, Leo (Marc Donato) and Jack (Ryan Merriman). Sixteen-year-old Jack has a lot of emotional problems, which he releases in uncontrollable angry fits toward his mom. She tries to get help for him, but no one believes her until Jack is involved in a tragedy. Due to the circumstances, Sally is mistaken for a child abuser and Jack's violent outbursts are finally recognized.

Jonathan Walker
as Off. John Driscoll

Elizabeth Brown
as Off. H. Valinsky
View All

Especially scary performance by [Ryan] Merriman, who was the young Jarod on The Pretender.

Scary story about a mom who fears her son's rage.