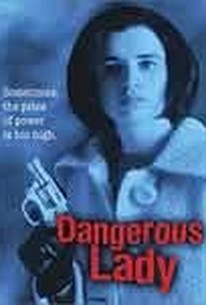 A beautiful and fearless young woman who had been sheltered from her family's lawless legacy decides to take up the family business in director John Woods' screen adaptation of author Martina Cole's best-selling novel. As the youngest child in her impoverished Irish family, Maura (Susan Lynch) was constantly sheltered from the illegal exploits of her older brothers. As the fledgling family business begins crumbling at the foundation and the determined 20-year-old finally learns the truth behind her family's nefarious dealings, she decides to step up and offer her leadership despite the doubts of those around her. As Maura and her brother Michael quickly rise to the top of the London underworld, they face one final challenge that could either propel them to the ranks of legend or destroy their entire legacy. ~ Jason Buchanan, Rovi

If Dangerous Lady is a typical example of British 'made-for-TV' productions, they've got us Yanks beat hands down.

This is a awesome mini series about a family that rises to the top as one of London's early crime families. Lots of great actors early in there career. Though a BBC film, for those of you who haven't gave British films a chance this one will convince you to see more. Plenty of action that will keep you wanting more. 4 stars.