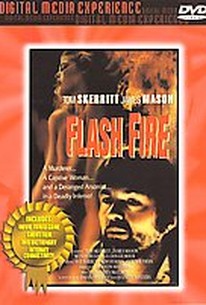 Building is Howard's passion, and he is so absorbed in his plans to build an elaborate resort in the Blue Mountains of Australia that he ignores certain obvious signals that his business partner is not entirely on the up-and-up. After a brush fire destroys the resort, an insurance investigator comes nosing around, whom Howard's partner deals with in a drastic manner. By the time Lloyds of London's senior investigator George Engels (James Mason in one of his last roles) arrives on the scene, Howard (Tom Skerritt) is anxious to set things to rights. ~ Clarke Fountain, Rovi

Lyn Collingwood
as Woman in van

There are no critic reviews yet for Dangerous Summer. Keep checking Rotten Tomatoes for updates!

There are no featured reviews for Dangerous Summer at this time.