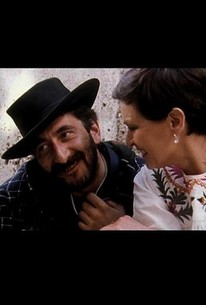 Daniel Schmid was one of the true individualists of the Swiss cinema. Born in 1941, Schmid relocated to Berlin in the 1960s and struck up a close relationship with Rainer Werner Fassbinder, with whom he shared a passion for cinema and a friendship with Ingrid Caven. (Among Schmid's other friends in Berlin were Andreas Baader, the notorious radical and founder of the Red Army Faction who shared a flat with Schmid for a time.) In the early 1970s, Schmid began making films as he divided his time between France and Switzerland; Schmid also directed operas, and their broad theatricality influenced his work, as did Hollywood melodramas of the Golden Age (it's significant that Schmid befriended Douglas Sirk after he retired to Switzerland, and directed a 1983 documentary about Sirk's life and work). Schmid died in 2006, and filmmakers Pascal Hofmann and Benny Jaberg celebrate the filmmaker's life and times in the documentary {#Daniel Schmid: Le Chat Qui Pense (in English, "Daniel Schmid: The Cat That Thinks"). The film received its world premiere at the 2010 Berlin International Film Festival. ~ Mark Deming, Rovi

There are no critic reviews yet for Daniel Schmid - Le chat qui pense. Keep checking Rotten Tomatoes for updates!

There are no featured reviews for Daniel Schmid - Le chat qui pense at this time.