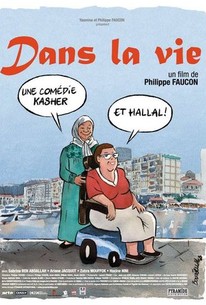 The tensions between a young Arab nurse and her elderly Jewish charge come to a head when the family of the frustrated medical attendant is forced to take in the ailing patient they believe to be their mortal enemy in this down-to-earth take on a long-running feud from director Philippe Faucon. Sélima (Sabrina Ben Abdallah) is a young Arab nurse working at a hospital in France. Fed up with the racist remarks she hears while making her daily rounds, the compassionate caregiver applies for a full-time position tending to the needs of an elderly Jewish woman named Ester (Ariane Jacquot). While Sélima does get the job, currently Israeli military actions have distressed her anti-Semetic mother Halima (Zohra Mouffok) to the point where the conflict is all she can think about anymore. But it turns out that Ester isn't Jewish after all, but French-Algerian. Having previously lived in Africa, Ester and her family had suffered under the nation's anti-Jewish laws - a component of the woman's existence that has made her especially sensitive towards Arab society and culture. Before long, a deeply conservative family friend who wears a hijab arrives to stay with Sélima and her Halima, her stern view of the situation only serving to stir tempers as Halima helps her daughter care for Ester. Later, when Ester's condition worsens and Sélima makes the decision to bring her patient home, the ongoing Arab/Israeli conflict becomes the focal point of a heated household debate.

There are no critic reviews yet for Dans la vie. Keep checking Rotten Tomatoes for updates!

There are no featured reviews for Dans la vie at this time.