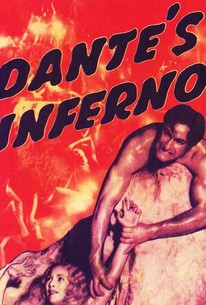 Carnival barker Spencer Tracy befriends elderly concessionaire Henry B. Walthall, who owns a picturesque but stodgy display depicting Dante's Inferno. Walthall is more interested in the spiritual aspects of Man's fascination with Hell, but Tracy uses hoopla and exaggeration to get the suckers into the Inferno. His interest isn't altruistic; Tracy is enamored of Walthall's niece, Claire Trevor. Through his publicity savvy, Tracy builds the Inferno into a major attraction, complete with full orchestra and scantily clad "devil girls". He also buys up the rest of the carnival, using cold-blooded tactics that result in the suicide of a fellow concessionaire. Within five years, Tracy is a millionaire tycoon of the Entertainment industry. While loved by his wife (Trevor) and son (Scotty Beckett), Tracy conducts his business ruthlessly, bribing a city official to look the other way regarding structural defects in his Inferno display. When this duplicity results in a disastrous accident at the exhibit, the bribed official kills himself. Tracy is exonerated thanks to legal chicanery, but his wife is fed up; she walks out on him, taking their son along. Injured in the accident, Inferno creator H. B. Walthall warns Tracy of the pitfalls of success, using an illustrated edition of Dante to make his point. For nearly ten minutes, the movie audience is treated to a lavish depiction of Hell, magnificently photographed by Rudolph Mate. When the plot resumes, Tracy is on hand for his latest venture, a sumptuous gambling ship. Thanks to the drunken negligence of the crew, the ship catches fire, and it is only upon learning that his son has sneaked aboard that Tracy realizes the consequences of his greed. Tracy labors heroically to rescue the passengers--and, incidentally, to atone for his past sins.

Henry B. Walthall
as Pop McWade

Astrid Allwyn
as Girl in Stoke-Hold

Don Ameche
as Man in Stokehold

Edward McWade
as Professor of Anatomy

Frank Moran
as Mike, the Stoker

Warren Hymer
as Bozo, the Stoker

Ray "Crash" Corrigan
as The Devil

Paul Schwegeler
as The Devil

Noble Johnson
as The Devil

Jack Norton
as Drunk in Cabin

Robert Graves
as Drunk in Cabin

Cliff Lyons
as Stoker on the Paradise

Yakima Canutt
as Stoker on the Paradise
View All

There are no critic reviews yet for Dante's Inferno. Keep checking Rotten Tomatoes for updates!

There are no featured audience reviews yet. Click the link below to see what others say about Dante's Inferno!