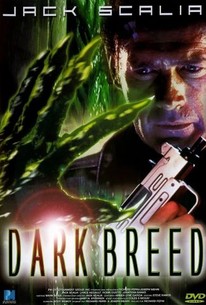 This science fiction yarn from Richard Pepin and Joseph Merhi revolves around the crash-landing of a space shuttle bearing six astronauts who are returning from a top-secret mission. Mission commander Cutter (Lance Le Gault) puts Capt. Nick Saxon (Jack Scalia) on the case. Saxon was the head of the last Aquarius mission, which also failed, and his wife, Debbie (Donna W. Scott), is one of the crewmembers this time around. The crew has been infected with something very strange, evidenced when the astronauts break out of the shuttle and their leader, Joe (Jonathan Banks), punches his fist clean through a guard's chest. After his eyes turn a mysteriously cattish yellow he tells his former best-buddy Nick, "It doesn't matter! None of your pathetic little lives matter anymore!" and throws him from a speeding truck before beating a hasty retreat with his super-human crew. The truth of the matter is that the astronauts are being controlled by space parasites that need to find their egg canisters to hatch a race of monsters and destroy the world. Debbie, the sole exception, is being controlled by a female "watcher" named Sabidra, who explains that her people are actually a "race with their faces to the sun" and that she will destroy the Dark Breed. There's also a government conspiracy, involving Cutter, who orders everyone "terminated with extreme prejudice." Numerous highly flammable items get blown up with bazookas and Joe morphs naked into a big slimy monster before Nick blows everything up and gets to run in slow motion ahead of a big fireball.

There are no critic reviews yet for Dark Breed. Keep checking Rotten Tomatoes for updates!

There are no featured audience reviews yet. Click the link below to see what others say about Dark Breed!