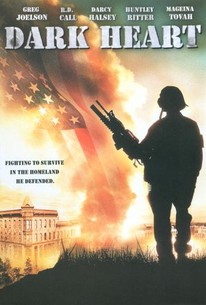 A small town war hero is forced to venture into the darkest corners of his battle-scared heart upon returning to his childhood home and being forced to fight for survival in the very land he once fought to defend. Special Forces Major Matt Taylor (Greg Joelson) has seen horrors that would have driven a lesser man insane, though unlike many of his fellow soldiers Taylor returned home with no limbs lost and only superficial scars. But sometimes it's the psychic wounds that require the most healing. In order to recover from his trauma Taylor must find peace, but there's no peace to be had in a town on the brink of disaster. Most of the locals have forgotten who Taylor even is, and the local mill is about to cease production for good. When that happens, half of the town will become unemployed. Feeling betrayed by his country and unsure how to contend with the locals as they begin to lash out in anger, Taylor is soon drawn into a nightmare of mental and physical violence. Now, the only way for Taylor to escape is by drawing on his experiences from the battlefield. Is there any hope for Taylor's former way of life when the same kind of chaos he witnessed overseas begins taking form in small-town America?

There are no critic reviews yet for Dark Heart. Keep checking Rotten Tomatoes for updates!

There are no featured audience reviews yet. Click the link below to see what others say about Dark Heart!