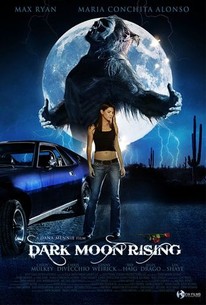 A small town girl falls for a handsome drifter who suffers from a sinister family curse in this lycanthropic love story featuring Sid Haig, Lin Shaye, and Billy Drago. Amy didn't know what she was in for when she first crossed paths with Dan, she only knew that he was all she could ever want in a man. But Dan has a secret, and the only people who know it are Bender and an ex-policeman named Thibodeaux. Thibodeaux has witnessed the horror of Dan's family curse firsthand, and he's determined that it doesn't get passed on to the next generation. Perhaps with a little help from some heavily armed locals, Thibodeaux will finally be able to break the curse under the light of the next full moon.

Lin Shaye
as Sunny
View All

There are no critic reviews yet for Dark Moon Rising (Wolf Moon). Keep checking Rotten Tomatoes for updates!

There are no featured audience reviews yet. Click the link below to see what others say about Dark Moon Rising (Wolf Moon)!