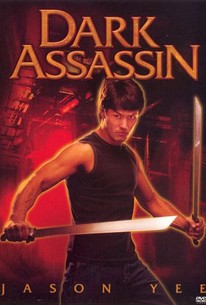 Producer, writer, director, and kung-fu "Hall of Fame" champion Jason Yee pays explosive homage to the legendary Bruce Lee with an bone crushing tale about a man whose dark past threatens to cast storm clouds over a bright future. Derek Wu (Yee) was a violent gangster who once took the fall for his vicious boss. It's been four long years since that fateful sentencing, and now that Derek is out of prison all he wants is to start a new life. Redemption doesn't come easy to the damned though, and when various members of Derek's old gang start to turn up dead, the police soon come looking to the notorious ex-con for answers. And the police aren't the only ones looking for Derek either, because when his old boss finds out that Derek is back in town, he puts a price on his old employee's head that has assassin in town gunning for the stealthy martial artist. Now, with no time to spare and death closing in from all sides, Derek must learn to outrun a bullet if he ever plans on outrunning his past.

Cung Le
as The Assassin

Tony Todd
as Ghost
View All

There are no critic reviews yet for Dark Warrior. Keep checking Rotten Tomatoes for updates!

There are no featured audience reviews yet. Click the link below to see what others say about Dark Warrior!