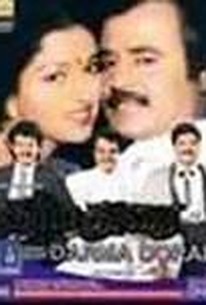 After being double-crossed by his brothers and sent to jail for a crime he didn't commit, Dharmadurai (Rajnikanth) makes a home in the jungle and takes on the reluctant role of playing protector to two lovers on the run. Little does he realize that the men who are after them are the very same scoundrel siblings who allowed him to pay for their crimes and later stood by while his son was killed.

There are no critic reviews yet for Darma Dorai. Keep checking Rotten Tomatoes for updates!

There are no featured reviews for Darma Dorai at this time.