Daughter of the Dragon1931 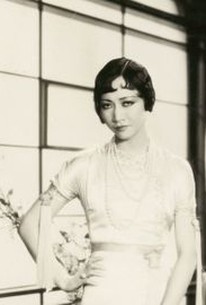 Daughter of the Dragon Photos

In this entry in the mystery series, the Chinese criminal mastermind exacts revenge upon his enemy Fletcher, the man responsible for slaughtering Manchu's wife and son during an uprising. To get even, he sends out his daughter to kill Fletcher, but en route, her plans are waylaid.

Oie Chan
as The Amah

Olaf Hytten
as Butler
View All

Critic Reviews for Daughter of the Dragon

There are no critic reviews yet for Daughter of the Dragon. Keep checking Rotten Tomatoes for updates!

Audience Reviews for Daughter of the Dragon

Warner Oland played the sinister Dr. Fu Manchu in a series of three pre-Code movies: The Mysterious Dr. Fu Manchu (1929), The Return of Dr. Fu Manchu (1930), and finally this one, Daughter of the Dragon (1931). It has the disadvantage that it's the sequel to the sequel, repeating the concept that Fu Manchu had actually not died in the previous film, but the advantage that it stars the lovely Anna May Wong. What a concept, an actual Asian actor in an Asian role, and a primary role at that - and not just her, but also a detective (Sessue Hayakawa). It was Wong's first talking picture, and the first time two major Asian stars appeared in the same movie. Unfortunately, the plot is pretty contrived and the pace is creaky. Early on, Fu Manchu has a drug that allows him to both choke a person and control their mind, which is a little comical. However, after failing to complete his revenge on a wealthy family, he passes the torch to his daughter, Anna May Wong. Using secret passageways and her feminine wiles, she attempts to fulfill her promise, but things get complicated when she begins having feelings for both her target (Bramwell Fletcher) and the detective (Hayakawa). There are some beautiful shots of Wong in the film, and mercifully the film is not blatantly racist. She oftentimes uses her character's name instead of the pronoun "I" in sentences, and where the idea an Asian person who otherwise speaks perfect English would do this is baffling. Otherwise, her character is strong, smart, and beautiful, though subject to the script's questionable character motivations, which have her swinging between love and murderous rage kind of oddly. As in other films, I'm not wild about Warner Oland in the role, but he turns in a decent enough performance. It was refreshing to see Fletcher have a romantic interest in Wong without recriminations, since miscegenation was so taboo then. The film just squeaks by with an average rating, but I bumped it up a bit because of Wong and Hayakawa. If those actors don't appeal to you in any particular way, I'd probably advise skipping this one. If you're interested in a more entertaining and campy plot, where Fu Manchu is played by Boris Karloff and with Myrna Loy as his 'exotic' assistant, I would recommend 'The Mask of Fu Manchu' (1932), though that one does dial up the stereotypes and 'yellow fear'.

Daughter of the Dragon Quotes