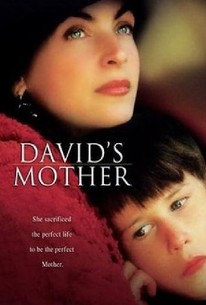 Kirstie Alley earned a Golden Globe nomination for her performance in this moving made-for-TV drama. She plays Sally Goodson, the devoted mother of autistic child David. Abandoned by her husband years before, Sally has sacrificed much for her son but has felt it in his best interest. One of the key things she accomplished was keeping her son out of the institution that the government feels is in his best interest. Unfortunately, she could not avoid "the System" forever and when a well-meaning social worker learns that the boy is still in Sally's care, a heated battle ensues.

Michael A. Goorjian
as David Goodson

Steve Ivany
as David (as a child)
View All

There are no critic reviews yet for David's Mother. Keep checking Rotten Tomatoes for updates!

There are no featured reviews for David's Mother at this time.