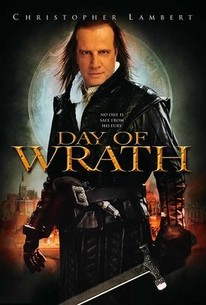 A 16th Century Spanish sheriff presiding over a provincial city attempts to solve a gruesome series of murders in this period thriller starring Christopher Lambert. When a number of high-ranking nobles are found viciously slaughtered with large letters carved into their chests, it's up to haggard-but-honest lawman Ruy de Mendoza (Lambert) to crack the case. As he gets ever closer to the elusive killer, however, it soon becomes obvious that there is much more at stake than Mendoza originally thought, and that his relentless quest for the truth could very well cost him his life if he's not careful. ~ Jason Buchanan, Rovi

Critic Reviews for Day Of Wrath

There are no critic reviews yet for Day Of Wrath. Keep checking Rotten Tomatoes for updates!

Audience Reviews for Day Of Wrath

There are no featured audience reviews yet. Click the link below to see what others say about Day Of Wrath!