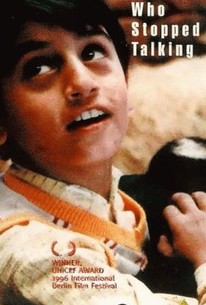 Young Memo is a happy boy who lives in a small village in the east of Turkey. His father lives in The Netherlands, where he works as a foreign labourer. Things are not going well in Turkey however: Memo and his family are Kurds. When Memo's father hears of a war against the Kurds, he decides to take his family to The Netherlands. Memo is not happy about this, even though he almost immediately finds a friend, Jeroen, after arriving in The Netherlands. Memo wants to return to Kurdistan, and out of protest he decides to begin a vow of total silence.

There are no critic reviews yet for De jongen die niet meer praatte (The Boy Who Stopped Talking). Keep checking Rotten Tomatoes for updates!

There are no featured reviews for De jongen die niet meer praatte (The Boy Who Stopped Talking) at this time.