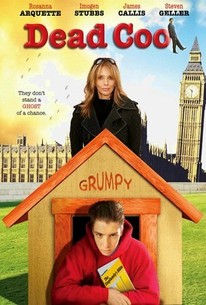 A fifteen year-old boy still recovering from the death of his father fantasizes that his deceased dad returns in ghostly form to put his new stepfamily to the ultimate test. Six years after David lost his father in a tragic car accident, his mother has moved on and found a new husband. But as these two separate families take their first tenuous steps toward becoming a whole, David finds that his new stepsiblings, tempestuous granny, and other quirky family members are simply too much to contend with. But David isn't the only one who seems to have a problem with his new family, because his father's ghost appears frequently to comment on the situation as well. Will David prove capable of leaving the past behind and building his future with a new family, or are his memories of a simpler past just too perfect to let go? Imogen Stubbs and Steven Geller star in a spirited family comedy featuring Rosanna Arquette, James Callis, and Anthony Calf. ~ Jason Buchanan, Rovi

There are no critic reviews yet for Dead Cool. Keep checking Rotten Tomatoes for updates!

There are no featured audience reviews yet. Click the link below to see what others say about Dead Cool!