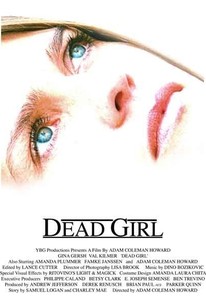 Adam Coleman Howard wrote, directed, and stars in this gallows-comedy misfire as Ari Rose, an unsuccessful would-be actor whose treatment by Hollywood has driven him quite mad. He falls for a beautiful woman named Helen-Catherine (Anne Parillaud from La Femme Nikita and Innocent Blood) but strangles her when she rejects him. Quite demented, Ari takes the dead woman home, makes love to her corpse, and comes to the belief that she is still alive and very much in love with him. Soon, he's taking her around in public without anyone seeming to notice her condition. Indeed, in what was probably intended as the film's satiric highlight, Ari takes Helen-Catherine's body to an audition where her supposed intensity lands her the role. If any of this sounds remotely amusing, it isn't, and at 108 minutes takes an unfunny situation to nearly epic depths of tasteless boredom. What is more astonishing than the fact that this pedantic, necrophilic take on Weekend at Bernie's was made at all is the quality of the supporting cast. Amanda Plummer (who was in the equally perverse Hysteria the same year), Emily Lloyd, Val Kilmer, Famke Janssen, and Seymour Cassel are among the actors far too talented for this dreck, and it isn't so much the subject matter which is at fault. Certainly Very Bad Things and Dead-Alive, among other films, have proven that tasteless material can be funny, and even -- as in the wonderfully morbid The Loved One -- satirical. The real problem here is that Adam Coleman Howard is equally inept in all three of his capacities on this film. His script is poor (satirizing Hollywood even less incisively than the wretched Burn, Hollywood, Burn), his direction is hamfisted and self-indulgent, and his onscreen persona is completely devoid of charisma or interest. It is usually the case that when tasteless subject matter is handled poorly, it seems even more offensive than it really is. In this case, however, it is handled so poorly as to merely provoke yawns.

There are no critic reviews yet for Dead Girl. Keep checking Rotten Tomatoes for updates!

There are no featured audience reviews yet. Click the link below to see what others say about Dead Girl!