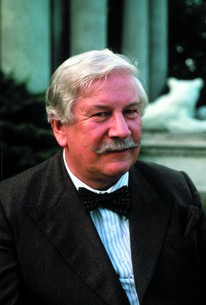 Peter Ustinov stars once more as Hercule Poirot, Agatha Christie's insufferably brilliant Belgian detective. Unlike many of Ustinov's earlier Poirot vehicles, which were set in the 1930s, the made-for-TV Dead Man's Folly takes place in contemporary England. Jean Stapleton costars as an American mystery novelist who organizes a "murder hunt" at a sprawling English manor. It isn't long before several of the guests are also sprawling--on the ground, stone cold dead. American-born British stage star Constance Cummings makes a rare TV appearance as a mysterious noblewoman. Dead Man's Folly was lensed on location at West Wycombe Park in Buckinhamshire.

There are no critic reviews yet for Dead Man's Folly. Keep checking Rotten Tomatoes for updates!

There are no featured reviews for Dead Man's Folly at this time.