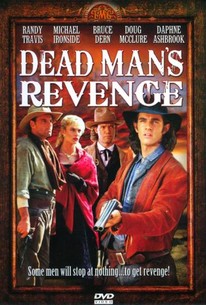 A fugitive, a former slave, and a U.S. Marshal team up to free a desperate small town from the grip of a corrupt railroad tycoon in this western featuring Oscar-nominated actor Bruce Dern and Saw series veteran Tobin Bell. Thanks to the railroad, Payton McCay (Bruce Dern) has become a very rich man. But his cruelty knows no bounds. No one who's crossed him has lived to tell the tale, and as a result the locals cower at the mere mention of his name. McCay soon meets his match, however, in the form of three unlikely allies who won't be intimidated by his wealth and power. Luck Hatcher (Michael Ironside) is a fugitive driven by vengeance, and together with U.S. Marshal Bodine Michael (Keith Coulouris) and bounty hunter Jessup Bush (Vondie Curtis-Hall) - a one-time slave who is no stranger to breaking the bonds of oppression - he's about to teach McCay that no amount of money can pay for the innocent blood that's been shed in his ruthless quest for control of the Wild West.

There are no featured reviews for Dead Man's Revenge at this time.