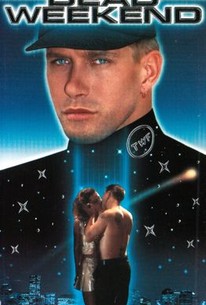 Sex and science fiction are again combined in this sophomoric fantasy set somewhere in the future in an unnamed US city. The tale begins as the media announces the unwelcome arrival of an alien spacecraft, from which a beautiful Asian woman disembarks. She has come to the gang-ravaged city for a little vacation. The head of the city's police regime, General Hayden, wants to catch her and get rid of the gangs simultaneously. To do so, he sounds an earthquake alarm and then orders a mass evacuation of the town. Only the police and the gangs remain, and it is lucky Officer Weed who gets to meet the toothsome alien Amelia first. Since her arrival, Amelia has changed herself into a seductive black woman in a silver metallic suit. Unable to resister her bountiful charms, Weed and she do the nasty, and he learns that among her many talents is her ability to change into any kind of woman she wants to be; he also learns that she needs sex like he needs food. Lucky her, she found a veritable banquet in the lusty Weed. Meanwhile, the gang wars rage on.

Nicholas Worth
as Hayden

Bai Ling
as Amelia A

Afifi Alaouie
as Amelia B

Patrick Cupo
as Rebel 2
View All

There are no critic reviews yet for Dead Weekend. Keep checking Rotten Tomatoes for updates!

There are no featured reviews for Dead Weekend at this time.