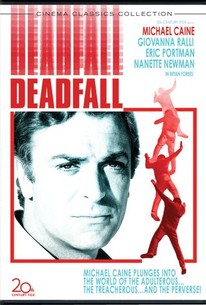 In this drama, an inmate in an alcohol rehab center falls for a female inmate. She is married to a homosexual who is having a torrid affair with another man. After the patients get out, they gang together and plan to rob a wealthy playboy. The playboy, a manipulative sadist, welcomes the robbers and plays many mind games. As a result, the ex-alcoholic and the homosexual are killed. The woman attends both of their funerals and exits with the police. Meanwhile the boyfriend observes it all. He simple shrugs his shoulders and walks away.

The film should have either been about the burglary or about romantic intrigues, not about both.

A failed attempt at an Alfred Hitchcock suspense thriller.

This movie is boring and predictable because in the beginning they tell you what they are going to do and then they do it. Where's the suspense in that? I hated this movie.