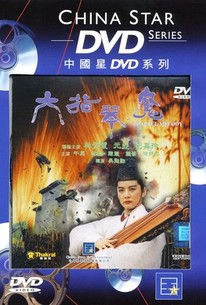 Ng Min-Keng spins this kung-fu revenge fantasy featuring Brigitte Lin Ching-Hsia. As a child, Snow witnessed her family getting murdered at the hands of dark-hearted martial arts masters looking for a priceless, magical lyre. The highly sought-after instrument plays music that has the power to kill, and over her upbringing, Snow (Lin) learned to harness its might, making her a formidable kung-fu master in her own right. Once she reaches adulthood, she sets her sites on the villains responsible. In their first bloody encounter with Snow, featuring scores of flying swordsman being evaporated lyre's music, the baddies learn of the whereabouts of the legendary stringed instrument. As a violent struggle between the bad guys ensues, Snow's quest for vengeance is hindered some when she learns of her long-lost brother Lui Lun (Yuen Biao).

There are no featured reviews for Deadful Melody at this time.