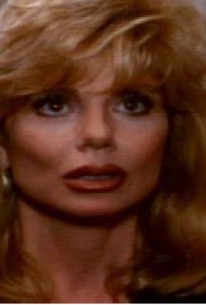 Millstone is the all-too-appropriate name of the Texas hometown of sophisticated career woman Martha (Loni Anderson). No sooner has Martha returned home after a 15-year absence than she witnesses a murder. Relating this information to her sisters, Martha is confused by their reaction. Only when it is nearly too late does the truth come out: The killer is Martha's own brother-in-law Eddie (Greg Evigan). This shock from the present only serves to dredge up long-buried secrets from the heroine's past--hence the title of this made-for-TV melodrama. First telecast by NBC on December 14, 1995, Deadly Family Secrets was based on Franklin Coen's novel Vinegar Hill--and also bears eerie echoes of the 1951 Ginger Rogers theatrical-movie vehicle Storm Warning.

Bobby Sargent
as Larson
View All

There are no critic reviews yet for Deadly Family Secrets. Keep checking Rotten Tomatoes for updates!

There are no featured reviews for Deadly Family Secrets at this time.