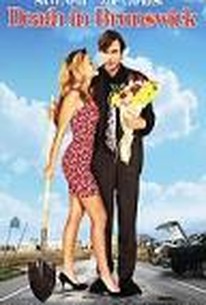 Carl Fitzgerald (Sam Neill) is a shy, unassertive man, given to following orders from anyone around him who will take the trouble to boss him about, starting with his nagging mother. In this story, he is very much down on his luck and is forced to take a job as dishwasher in a Greek restaurant in Brunswick, his rundown neighborhood in Melborne. There, he swifly is hauled off to bed by an assertive young waitress. While he is with the girl, he accidentally kills his co-worker, a hysterically abusive and drug-dealing Turk, He calls on his old friend Dave for help in disposing of the man's body. The best solution Dave can come up with is to dump the body in another person's grave, but he manages to boss Carl around a lot in the process. And even Dave's wife gives Carl what-for, lambasting him for his overall uselessness. Somehow, despite his passivity, Carl manages to seem like the ultimate victor in all these confrontations. ~ Clarke Fountain, Rovi

Nick Lathouris
as Mustafa
View All

Critic Reviews for Death in Brunswick (Nothing to Lose)

The film may involve matters of life and death, but it involves them in a very relaxed and understated way.

[A] Coke-and-popcorn black comedy. I quite liked it. Quite.

With its multicultural setting in suburban Melbourne, its contemporary tone and its snappy tone, Death in Brunswick is as fresh today as when it was made, with plenty of chuckles and some laugh-out-loud moments to cherish

...coasts along on Neill's ample talent and charisma...

Audience Reviews for Death in Brunswick (Nothing to Lose)

Not bad. Had actually never heard of this before, stumbled on it on tv. I agree with a previous reviewers opinion on the leading guy - definitely doesn't have the screen presence, as do some of the thugs. The character of Sophie is really good, though. I think she kept me watching. Slightly silly plot, but a few laughs and cringes. Glad I saw it.

Great black comedy about the problems of low-life pizza cook Sam Neill after an accident murder. Despite the occasional flash of wit - usually pretty tastless - Neill doesn't have what it takes to hold a comedy together. And sexy Australian-Greek actress Zoe Carides looks really hot as her character in this film.

Death in Brunswick (Nothing to Lose) Quotes