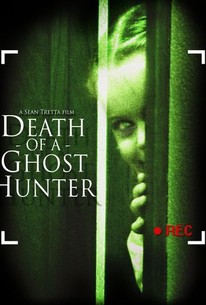 A paranormal investigator determined to prove that there is life after death investigates the house where an unspeakable tragedy occurred in director Sean Tretta's low-budget ghost story. The year was 2002. Carter Simms was a ghost hunter whose meticulous approach to studying the supernatural had earned her a $5000 offer to perform a paranormal investigation of the notorious "Masterson House." Twenty years ago, respected Minister Joseph Masterson, is devoted wife, and their adorable daughter where ruthlessly slaughtered inside their family abode. To this day, the locals insist that the house where these unspeakable acts occurred is still haunted. After recruiting a videographer, a reporter, and a spiritual advocate to assist the investigation, Simms and her small crew settled prepared to prove once and for all whether "Masterson House" was truly haunted. Three days later, Simms was dead. What sinister events unfolded in that unholy house of death? In this film, viewers are invited to follow along on that fateful investigation and find out firsthand just what awful otherworldy force sent this seasoned ghost hunter to her grave.

Critic Reviews for Death of a Ghost Hunter

There are no critic reviews yet for Death of a Ghost Hunter. Keep checking Rotten Tomatoes for updates!

Audience Reviews for Death of a Ghost Hunter

Low-budget horror flick that at moments is very effective, but by the end becomes sort of incoherent and a jumbled mess.

This is a low budget poorly acted movie. It does have some spooky scenes and a somewhat good story but it's ending kills the whole thing by assuming the audience is too dumb to have figured out what happened in the haunted house. They didn't seem to know how to end the movie so they through three different types of ending at us hoping one would stick. Could have been pretty good for the budget but it flops. Not recommended.

Death of a Ghost Hunter Quotes