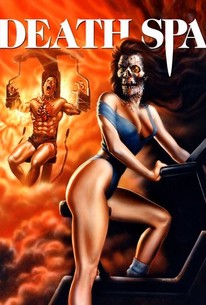 At a health spa, customers are haunted by the ghost of the owner's wife.

There are no critic reviews yet for Death Spa. Keep checking Rotten Tomatoes for updates!

Well another movie straight from the 80's this one centers around a health spa owner who's wife has killed herself and the person running the state of the art controls just happens to be her brother who isn't to happy with the owner considering he blames him for his sisters death now people are being killed off one by one and the owner must find out whats happening before he loses all his clients and his business. i didn't find this movie all that entertaining it had some so so scenes but nothing to recommend here or brag about