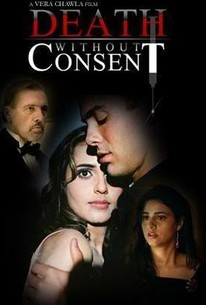 Chris Carrington, 22, a brilliant Senior in college, has lost his father and brother to a hereditary kidney disease. He knows that he will die from it also. Having dealt with the agony of this loss and having lost his faith in God, Chris is unexpectedly contacted by an underground illegal Russian immigrant who tells him that his father and brother did not die from natural causes. His father was an uninformed victim of a human experiment performed to develop weapons for biological warfare. As he pursues the truth behind this strange revelation, Chris finds out to his utter amazement, that human trials maybe secret, but are common-place, in the testing of germ warfare. He encounters roadblocks from the Russians and the FBI. His only source to get close to Dr. Gurevich, the scientist who created these viruses, is through Gurevich's only child, Anna. However, Anna's innocence, her immense beauty, charm and intelligence, become his greatest obstacle. Although she inadvertently sparks his desire to live again, he cannot betray her and accuse her father of worldwide crimes. Solving the mystery of well-kept government secrets does not prove easy. Moreover, Chris is trying to beat a ticking clock as he finds himself succumbing to the deadly disease. Unable to contact his Russian informant, unable to decipher Russian documents, unable to use the daughter as a pawn, and most importantly, unable to fight the consequences of his own disease, Chris is in a race against time. He knows his burden: no one else seems aware of the incredibly destructive power Dr. Gurevich controls as he creates new viruses for personal gain and sells them to the underground.

Critic Reviews for Death Without Consent

There are no critic reviews yet for Death Without Consent. Keep checking Rotten Tomatoes for updates!

There are no featured reviews for Death Without Consent at this time.