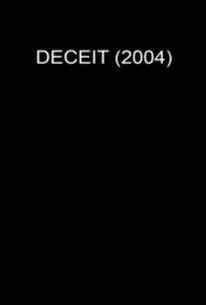 The life of wealthy Ellen McCarthy (Marlo Thomas) is thrown into disarray when her husband Grove (William Devane) disappears at sea during a voyage on the family yacht. Evidence indicates that Grove has drowned, and the police have reason to suspect that Ellen was responsible. As the investigation proceeds, it appears as though Ellen and her husband having been living lie (unbeknownst to Ellen, of course), and that everyone around the couple have been covering up their own horrible secrets, possibly tied in with corporate intrigue. And what exactly is the story concerning Ellen's son Josh (Louis Corbett). First telecast by the Lifetime channel on March 15, 2004, the made-for-cable Deceit was based on a novel by Clare Francis, which had previously been adapted for British television in 2000 with Francesca Annis in the lead.

Daren Takle
as Janel
View All

There are no critic reviews yet for Deceit. Keep checking Rotten Tomatoes for updates!

There are no featured reviews for Deceit at this time.