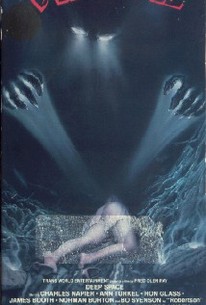 A surprisingly slick flick from Emperor of Exploitation Fred Olen Ray, the story (which Ray co-wrote with T.L. Lankford, borrowing heavily from the director's earlier Biohazard) begins when a satellite carrying top-secret bio-engineered mutants plummets to Earth and disgorges its slavering contents in a scrap-yard outside Los Angeles. Hot on the beast's slimy trail are a pair of L.A. cops (Russ Meyer-veteran Charles Napier and the miscast Ann Turkel), who butt heads with their chief (Bo Svenson), the military, and the scientists who bred the monster -- until the inevitable confrontation, which features a no-holds-barred grudge match between the toothy slime-demon and a chainsaw-wielding Napier. Campy, fun performances by the talented leads (especially Julie Newmar as a psychic who assists the investigation) elevate this material far beyond the limitations of its hoary premise and Alien-esque monster.

There are no featured audience reviews yet. Click the link below to see what others say about Deep Space!