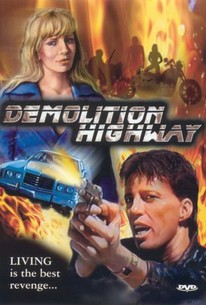 Frank Scarvo (Danny Fendley) is no rat, but when he takes the fall for his old partner in crime Xavier Carbone (Joe Estevez) only to be double-crossed, his plan for revenge is complicated by a factor he never anticipated in veteran genre specialist Donald Farmer's violent crime thriller. It's been five long years since Frank went to prison for a crime that Xavier committed, and when Frank learns that Xavier not only murdered his girlfriend but also made off with half a million dollars of Frank's money, Frank tracks him down and begins plotting his payback. When Frank discovers that his sadistic ex-partner has abducted the daughter of one of his old business associates, his revenge mission turns into a rescue mission as well.

There are no critic reviews yet for Demolition Highway. Keep checking Rotten Tomatoes for updates!

There are no featured reviews for Demolition Highway at this time.