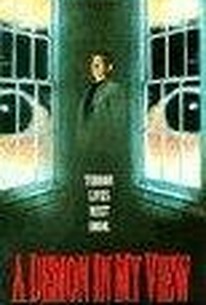 Anthony Perkins, in one of his last roles, is the sole highlight of this mundane, German-made psychological thriller, based on a novel by Ruth Rendell. Perkins plays Arthur, an obsessive-compulsive English bachelor with a history of far more destructive habits -- the worst of which include his reign of terror as the "Kenbourne Killer," who is responsible for the strangulation murders of several prostitutes. Like a certain legendary Perkins character of yore, Arthur has some Oedipal issues that need working out and fixates his mother fixation on the department-store mannequin he keeps in the secluded boarding house where he spends his "retirement." When this decidedly one-sided relationship is disrupted by the sudden loss of the dummy, poor Arthur goes 'round the bend again... but the blame for the new string of murders falls on one of his neighbors instead. Bogged down by pedestrian direction and a romantic subplot that serves little purpose, this attempt at a detailed portrayal of madness is kept aloft (barely) on the basis of Perkins' brooding, restrained performance. ~ Cavett Binion, Rovi

Charmian May
as Auntie Grace

There are no critic reviews yet for Der Mann Nebenan (A Demon in My View) (The Man Next Door). Keep checking Rotten Tomatoes for updates!

There are no featured reviews for Der Mann Nebenan (A Demon in My View) (The Man Next Door) at this time.