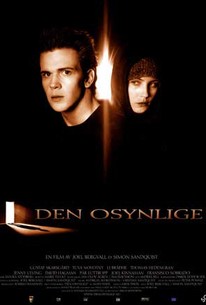 Released stateside as The Invisible, directors Joel Bergvall and Simon Sandquist's film weaves a dark tale of the supernatural concerning a high school student's spiritual limbo as he hovers between life and death. Though he's a bright young student with a promising future, Nicklas (Gustaf Skarsgård) sometimes feels invisible due to the stratospherically high expectations of his demanding mother. Brutally beaten on his way to school one morning following a minor misunderstanding, Nicklas arrives at school the following day only to find that he has literally become invisible. As police begin their investigation into his murder, the frightened Nicklas can do little but observe.

Francisco Sobrado
as Attis
View All

There are no critic reviews yet for Den Osynlige (The Invisible). Keep checking Rotten Tomatoes for updates!

A dark and gripping drama that's both down-to-earth and supernatural. Innovative plot that could've been executed in a better way, with less clichés and stereotypes. Pretty good acting, music and photography.