Der Fischer und seine Frau (The Fisherman and His Wife) (2005) 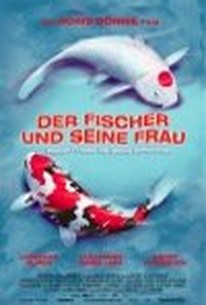 A shared love of fish leads to a variety of romantic predicaments in this offbeat comedy from writer and director Doris Dörrie. Otto (Christian Ulmen) and Leo (Simon Verhoeven) are two men from Germany who have launched a successful business in which they import koi, the beautiful Japanese fish, for collectors in their native land. While on a business trip to Japan, Otto and Leo meet Ida (Alexandra Maria Lara), a German tourist who is studying fashion design. Ida begins traveling with the two men, and surprisingly develops an infatuation with the rumpled Otto instead of the handsome Leo. When Ida discovers she's pregnant with Otto's child, the two marry, and upon their return to Germany, Ida attempts to join in the business by creating a line of scarves decorated with koi patterns. However, the honeymoon proves short-lived, and Ida's presence creates a rift between Otto and Leo, as the latter sets up his own concern, raising koi with his new bride, Yoko (Young-Shin Kim). Meanwhile, Ida's desire to make good in the business begins to irritate Otto when she becomes chummy with the wife of his most important investor; as he grows apart from Ida, he's uncertain of what to do when Yoko boldly makes it known that she's attracted to him. Der Fischer und Seine Frau (aka The Fisherman and His Wife) received its North American premiere at the 2005 New Montreal Film Festival.

There are no critic reviews yet for Der Fischer und seine Frau (The Fisherman and His Wife). Keep checking Rotten Tomatoes for updates!

There are no featured reviews for Der Fischer und seine Frau (The Fisherman and His Wife) at this time.