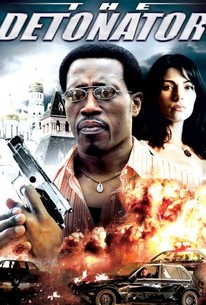 An undercover CIA agent attempting to thwart the sale of a nuclear weapon is forced to do battle with a dangerous horde of murderous arms dealers in this explosive action entry directed by Hong Kong veteran Po-Chih Leong and starring American action icon Wesley Snipes. Sonni Griffith (Snipes) is en route to Poland to expose a notorious arms dealer when the dealer is tipped off to the agent's identity and Griffith subsequently ends up in a prison cell. Soon released by the CIA with a mission to escort beautiful Russian Nadia (Silvia Colloca) back to the United States, Griffith quickly learns that the very same arms dealer he sought to wipe out is willing to kill for a valuable secret known only to his strong-willed charge. It seems that Nadia is the only one who knows the location of the hidden 30 million dollars that would allow Griffith's nemesis to purchase a nuclear bomb. Now with nothing to lose and everything to fight for, Griffith and Nadia must take on the world's most deadly arms dealer in order to save millions of lives.

Critic Reviews for The Detonator

...one of the most inept and shockingly dull action flicks to hit the scene in ages.

Audience Reviews for The Detonator

Snipes and his action sequences are rather impressive in this adrenaline-pumping thriller. If you recognise that actress who teams with Wesley was in Van Hesling as one of Dracula's brides.