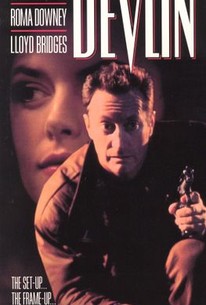 In this made-for-cable-TV crime drama, New York detective Devlin must prove that he is innocent of killing his brother-in-law, a mayoral candidate. It is not easy for the unhappily married, alcoholic gumshoe because he suspects that the man trying to frame him is his arch nemesis, his corrupt father-in-law, a powerful local politician. Now while trying to save his neck and solve the murder, Devlin finds himself pursued by both his fellow cops and the mob.

There are no critic reviews yet for Devlin. Keep checking Rotten Tomatoes for updates!

There are no featured reviews for Devlin at this time.