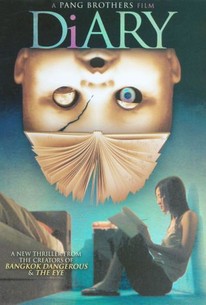 A mentally disturbed girl mistakes a man on the street for the boyfriend who walked out of her life without a sound, only to find out just how deceiving appearances can be in director Oxide Pang's mind-bending psychological thriller. Winnie Leung (Charlene Choi) is a rather plain girl who spends most of her days in her apartment cooking, carving wooden dolls, and waiting quietly alone for her boyfriend, Seth (Shawn Yue), to return. One day, after recording Seth's furtive departure in her diary, Winnie ventures out onto the streets and makes acquaintances with a kind and handsome stranger named Ray (also Yue) after mistaking him for the missing Seth. Later revealing over lunch that Seth had apparently been killed in a tragic car accident, Winnie and Ray form a warm bond, and she eventually invites him to move in with her. As Winnie and Ray gradually begin to grow closer, the parallels between her new relationship with Ray and her old relationship with Seth begin to shed an entirely different light on the events of the recent past.

There are no critic reviews yet for Mon seung (Diary). Keep checking Rotten Tomatoes for updates!

There are no featured audience reviews yet. Click the link below to see what others say about Mon seung (Diary)!