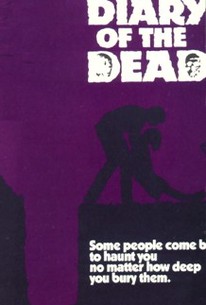 A young Hector Elizondo (of TV's Chicago Hope) stars in this low-key thriller about a harried, unemployed young husband who finally tires of the incessant badgering of his mother-in-law (Geraldine Fitzgerald) and uses his puzzle-solving skills to concoct the perfect murder and get his hands on her inheritance (a mere $80,000). Unfortunately, the old bat's short-term dirt nap only manages to make her even more annoying, and she comes back to torment him from beyond the grave... maybe. Clearly the makers of this low-budget film were inspired by Diabolique and/or the collected works of Hitchcock -- but unlike those films, the endless plot convolutions fail to add up to an enthralling whole, generating more irritation than suspense.

Critic Reviews for Diary of the Dead

GEORGE ROMERO REALLY HAD NOWHERE to take his zombie franchise after 2005's Land of the Dead -- but he made this year's Diary of the Dead anyway.

[A] tad too self-conscious about the 'importance' of its 'message.'

Social commentary is laid on so thick and often it becomes muddled.

Audience Reviews for Diary of the Dead

There are no featured audience reviews yet. Click the link below to see what others say about Diary of the Dead!

Diary of the Dead Quotes